ane had been previously involved with Advocacy and was unsure if Advocacy would be able to assist her this time. She felt she had not been listened to in the past and was reluctant to engage with an advocate.

An advocate met Jane at a group drop in, held every Thursday and over the weeks she chatted to the advocate and even referred a gentleman that needed help to Advocacy.  This built up her confidence in talking and trusting the advocate as she knew that they were helping other people that attended the group.

Whilst visiting the group the advocate would introduce themselves every week and provide leaflets and literature relevant to advocacy along with creating an opportunity for people to talk in private if they so wished.

It was during one of these visits that Jane asked to speak in private, she was uncertain where to start and her story was very chaotic. After a short time the advocate realised this was not going to be resolved quickly so arranged to meet the following day. The other motive for this was so she could re-join her friends at the groups and give the advocate an opportunity to research Jane’s main concerns.

The advocate met with her the following day with information that could be discussed with her with a better understanding of her needs. 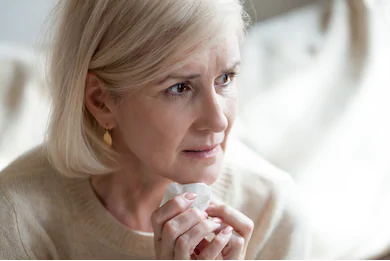 It transpired that she had been in a homeless flat/unit for six months and during this time her central heating had not worked, and in the past two months she had had trouble with her electricity. Bearing in mind this was in January when the advocate was meeting her there were concerns for her wellbeing. She had been in touch on endless occasions to the homeless housing officer at the council buildings but due to a clash in personalities was not on good terms! This was hindering  a way forward for Jane as she became agitated and argumentative with the officer.

This was concerning and even though she did have some support from a housing voluntary project, her voice was not being heard as she found it difficult to speak to power without getting upset.

The advocate suggested meeting up and speaking for her with the homeless housing officer if she wished or going together and if it became too much for her, she could leave and the advocate would take over.  The latter was the agreed approach. The advocate rang the officer to arrange a meeting and she was able to organise a meeting an hour later.

Jane was keen to go along and hopefully with advocacy support be able achieve some better outcomes than previously.  However, ten minutes into the meeting, she had to leave as she became very upset. The advocate remained and explained the situation clearly regarding gas, electric, unsuitable property etc.  The advocate clearly stated that this lady had no heating and was vulnerable and unsafe and the situation was heading towards an adult protection case. At this point the advocate left the meeting, feeling that there had been no progress forthcoming.

The following morning, the advocate got a call from Jane saying she had been offered a home in a better part of town with heating, hot water and also semi furnished! She was over the moon and could not believe she was listened to at last.

This outcome was beyond anything Jane or the advocate expected so quickly, but none the less was what Jane deserved.

This story highlights how advocacy can change everything for a person by speaking to power when they are unable.

Note: Whilst this is a true story, all names and images have been changed in the interests of privacy.